The Growing Complexity of The Chinese Shopper 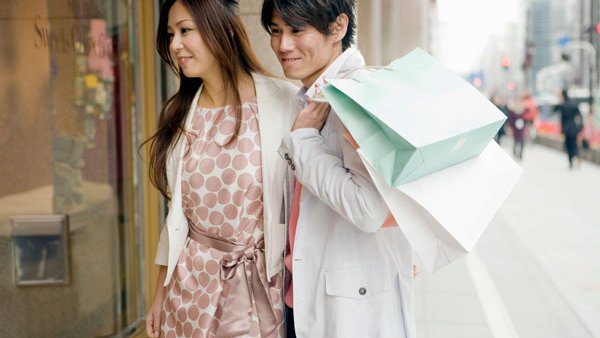 Simon O'Connell, Analyst at Global Blue, goes beyond the stereotype of Chinese tourists as a horde of bling-crazed, ruthlessly efficient, label-devourers

Simon O’Connell, Analyst at Global Blue, goes beyond the stereotype of Chinese tourists as a horde of bling-crazed, ruthlessly efficient, label-devourers.

Following the historic 1972 trip to China by Richard Nixon that unfroze relations between the two countries, the US president wondered aloud on what would occur if China’s 700 million people got organised in anything like a capitalist manner.

Well, now the population is over 1.3 billion, and they have. Global Blue has – so far – only had the opportunity of serving the less than one per cent of Chinese people who travel overseas and shop for (mainly) luxury goods, but even within this small, relatively privileged group there are countless disparate motivations, attitudes, and desires, so it can be a mistake to lump Chinese travellers together.

Our recent report ‘The Growing Complexity of The Chinese Shopper’ tries to get behind the stereotype of Chinese tourists as a horde of bling-crazed, ruthlessly efficient, label-devourers. It’s still true that most Chinese tourists are interested in purchasing western status brands whilst on holiday, but there is also a rapidly growing number of Chinese tourists who exhibit all the complexity, independence and contrariness of tourists from ‘been there, seen it, bought it’ nations like Germany and the UK.

“ In the burgeoning ranks of global shoppers the Chinese are by far the biggest spenders, their overall spend is growing exponentially ”

In the burgeoning ranks of globe shoppers the Chinese are by far the biggest spenders, and their numbers and overall spend are growing exponentially. In January this year their spending on tax-free goods in places including Singapore, France, Italy, was up by 93% on the previous January. This is staggering by any standards, and explains why even in London, which receives just over 100,000 Chinese tourists each year (much less than one per cent of the total number of visitors), Chinese tourists account for almost half the total sales in the UK capital’s Burberry stores.

Our research revealed some fascinating facts, such as that many Chinese visitors to Europe are unhappy because they’re simply unable to spend all their money in the time available. Most visitors arrive with a long list, including style numbers, of potential purchases for themselves, their friends and family, and even colleagues. 81% of those surveyed bought presents for others when travelling in Europe, whilst 79% shopped for others, fulfilling requests.

The fact they were unable to spend all their money can only mean they were let down by one or more of the following:

One traveller in our survey pointed out the differences in expectation between China and Europe: “Most stores in Europe close earlier than those in China. For example, the stores in Switzerland closed at 5-6pm. When we went out after dinner we just loved to walk around the streets. But everything was closed and it was quite a pity.”

This hard working attitude to leisure is another key finding. For visitors from countries accustomed to relaxing in their leisure time, shopping is a low priority, but Chinese visitors bring a competitive edge even to downtime.

For Chinese people, relaxation does not – yet – come easily, and they bring a commercial approach to shopping. The rules of the marketplace apply, and the best price must be achieved, even when buying premium luxury brands. Chinese people hope, even expect, to receive discounts when shopping. They like to feel that they have “triumphed” in the transaction.

The major attitudinal disparities arise from age rather than location. Regional disparities are not as great as they would be in Europe, since Chinese people have, especially in the last fifty years, moved around their great nation, willingly or otherwise, and in any case tend towards a more collegiate mind-set since individualism and regionalism are not encouraged.

“ Chinese people hope, even expect, to receive discounts when shopping. They like to feel that they have “triumphed” in the transaction ”

So while there are slight attitudinal differences between the North and the South, the East and the West, these are not as pointed as you would see in a study of Europe or the USA, regions with far smaller populations. Citizens of Guangzhou are more similar to those of Beijing than citizens of Rome are to those of London, or Californians are to the good people of Boston.

Southerners tend to research styles and prices before their trip, so they’re more informed / less easily led when shopping. People from the North have fewer outlets where they can view or purchase luxury goods, but they are more likely to spend a lot when travelling. For similar reasons, rich people from rural areas of China tend to spend more than sophisticated consumers from big cities.

It’s when it comes to age that the major shift in outlook occurs. After all, no nation in history has witnessed such rapid change as China in the last forty years. The over 50s are not a demographic to target, unlike travellers from say, the USA, where people from this age group are by far the highest spenders.

“ Younger Chinese tend to be more like their western counterparts. They have no memories of communism or the Cultural Revolution ”

Younger Chinese tend to be more like their western counterparts. They have no memories of communism or the Cultural Revolution. They are more often than not only children. Many older Chinese people think these ‘Little Emperors’ are spoilt and obsessed with consumerism. But they nevertheless spoil their children and grandchildren!

For “second-generation rich” families, the one child policy means there six adults feeding into one child. The older rich are the first generation who made their own money, and as a result they are more careful consumers since they remember what it’s like to be poorer. Therefore many older people tend to be wary of flashy, ‘big spender’ behaviour since they remember the old days.

This is one reason why menswear is so successful in China: younger men are more interested in fashion. A thirty-year-old Chinese millionaire is far more into shopping for Prada than a sixty-year-old American millionaire, who’s more likely to be found on the terrace sipping $200 claret in his $30 chinos.